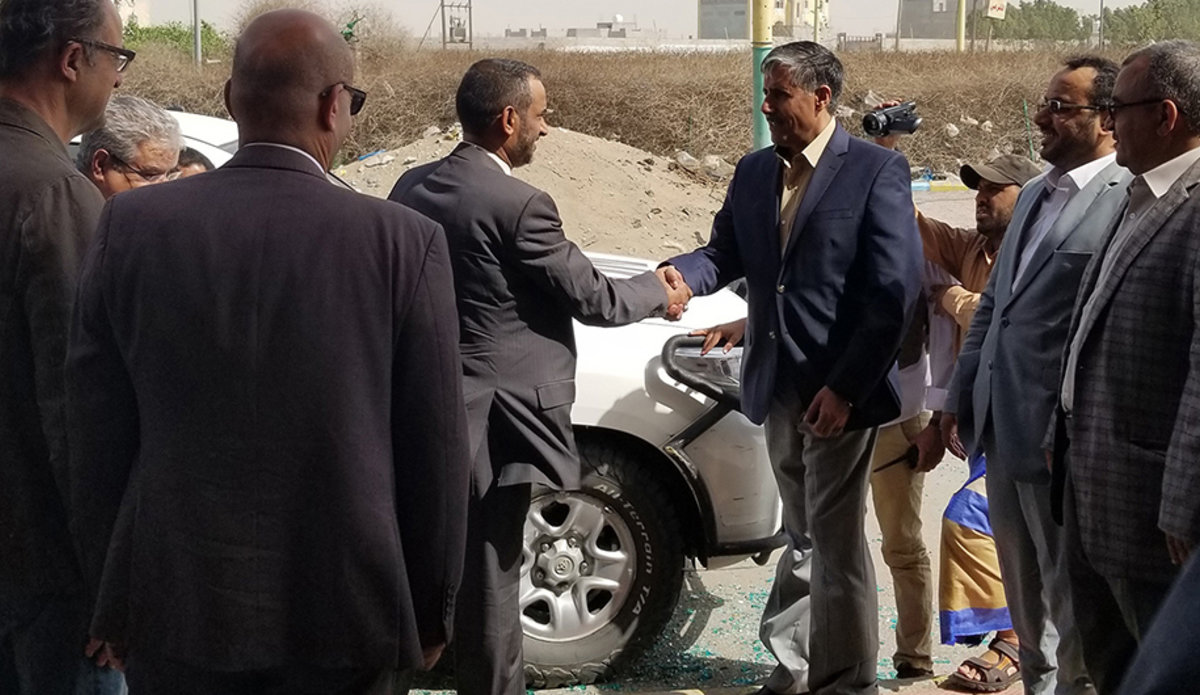 The RCC Co-chairs meet for the first time after the establishment of the RCC. UN Photo/UNMHA

The Hudaydah Agreement provides for the creation of a joint and agreed upon Redeployment Coordination Committee chaired by the United Nations and comprised of, but not limited to, members of the parties to oversee the ceasefire and the re-deployment as well as demining operations in the ports of Hudaydah, Salif and Ras Isa.

The Committee provides the parties with a forum in which to share information regarding the ceasefire, to build mutual trust and to de-escalate and prevent the recurrence of conflict in order to create a space in Hudaydah for the implementation of the Stockholm Agreement (2018).

Two weeks after the Stockholm Agreement, the first meeting of the RCC, was held from 26 to 28 December 2018, an important inaugural event at which representatives of the Government of Yemen’s joint forces on the western front and Ansar Allah (also known as the Houthi movement) were brought together. The meeting was held in the city of Hudaydah upon the arrival of the leader of the UN advance team Major-General (Ret) Patrick Cammaert, who immediately took on his role as the RCC Chair in accordance with the agreement.

At the inaugural meeting, the parties agreed on the following structures:

Both parties made concerted efforts to ensure the safety and security of the participants during the three-day meeting, including through the demining of access routes and the restraint shown by the various forces operating in the city and its environs.

The current Head of Mission of the United Nations Mission to support the Hudaydah Agreement (UNMHA) General Michael beary is the incumbent RCC Chair. The RCC is co-chaired by General Mohamed Musleh El Eidah and General Ali Hmoud Al Mushiki.

While substantive progress was achieved in the first quarter of 2020 to advance RCC activities and its related frameworks, an unfortunate incident occurred in March of last year where a GOY Liaison Officer working at one of the observation posts established in agreement by both parties under the RCC mechanism was shot and subsequently died. As a result, the GOY suspended their participation in the RCC and its modalities.

Since the suspension, the Mission has been actively seeking to bring the parties back together to revive the joint mechanisms and support them to fulfil the terms as outlined in the Hudaydah Agreement. The Mission has had numerous bilateral meetings with both parties and the diplomatic community in order to resume the implementation of this landmark agreement.